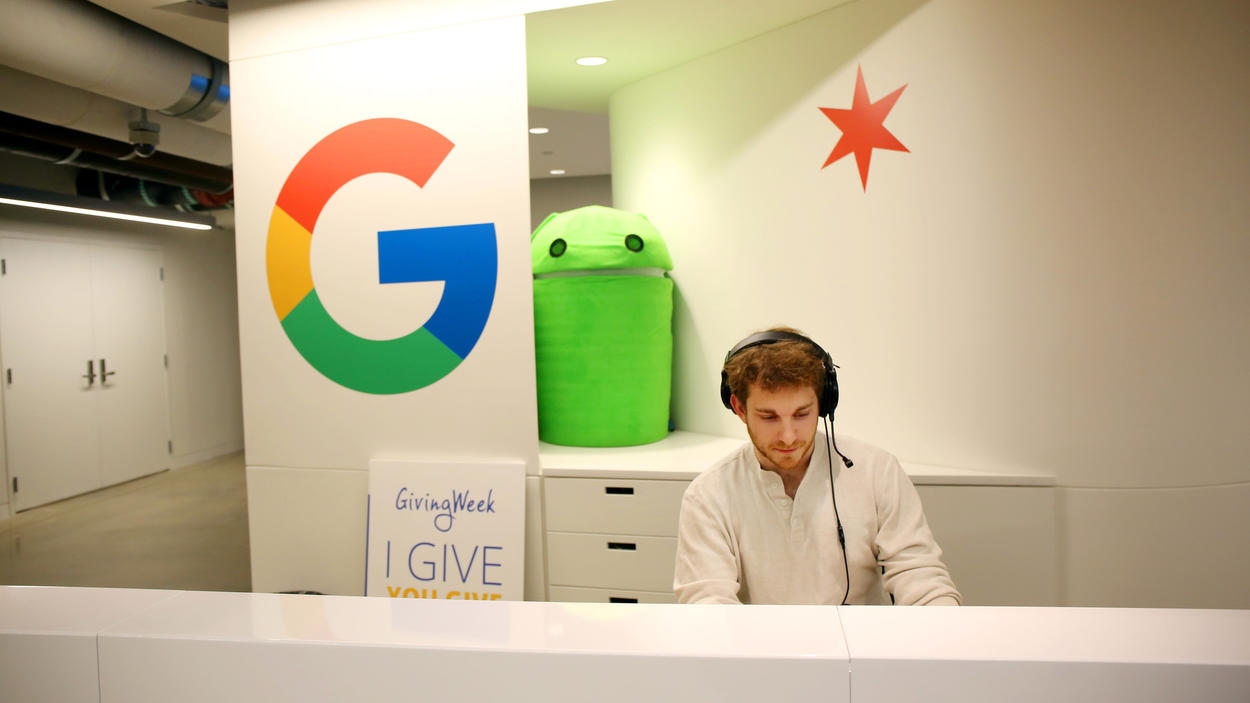 Google Chicago’s new office is the centerpiece of the 1K Fulton building, where it occupies six floors of a 92-year-old former ice warehouse that is now home to tech companies. Across the street, construction crews worked on the site that will house a trendy Ace Hotel. Nearby, startups including restaurant ticketing company Tock, started by former Google engineer Brian Fitzpatrick , help give the  Fulton Market Innovation District its name. “We really see our role as the anchor tenant of this neighborhood,” said Jim Lecinski, vice president of customer solutions for the Americas at Google. The space houses 650 full-time workers, plus a spate of part-timers and contractors, who moved in Nov. 16. They vacated the River North office that Google occupied for 10 years. — Amina Elahi